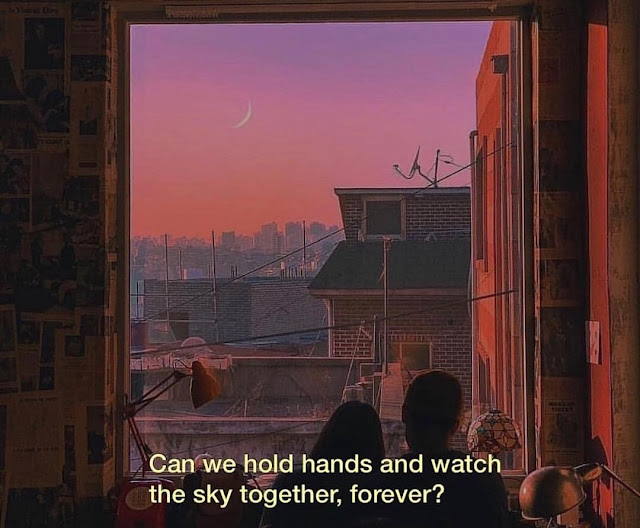 “God's time is slow, patient, and kind and welcomes friendship; it is a way of being in the fullness of time that is not determined by productivity, success, or linear movements toward personal goals. It is a way of love, a way of the heart.”
― John Swinton, Becoming Friends of Time: Disability, Timefullness, and Gentle Discipleship

One of my worst habits is making lists. I have nothing against lists - they organise, they help with anxiety, they create anticipation, and they help the chronically forgetful. But they also are illusory, giving the pretense of control over future time.  At this time, I will, at this time, I will...

In Cambridge I realised at one point that my lists just weren't working because I hadn't scheduled in time to get from one place to another. Aside from that, I hadn't scheduled in time where I just lay on my bed in a funk, or when I took longer in the toilet, or when I had a general unwillingness to speed through life at my fastest pace, as my list expected. I'm saying 'my list' as if it is a thing separate from me, but let's take away that veneer right now - that expectation was self-generated and self-imposed.

This Lent I went to Paris and Amsterdam on a study trip with my scholarship programme. It was an incredible trip, which brought us to different museums/libraries/archives and let us engage with different curators and keepers. One perennial feature of the trip, however, was being told to hurry because we were late for our appointments. I wondered if the person planning the trip had, like I so often do, forgotten about the human predilection for tarrying. It was a sharp contrast to move from that hurried pace of 'getting there' to the slow meander one adopts within a museum. Partly because the objects have a (real or culturally constructed) aura which behoves you to slow and quieten your step. When you were in front of something that mattered to you, you stopped and contemplated. And then you stepped out into the city streets and resumed the blistering pace.

From Paris and Amsterdam I took the slow train with Jacob to Taize. I sat there as the french country side passed outside the window and tried to write out as much as I could about Foreigners in Tang Chinese Art as fast as I could, the dynamic which I am ashamed to say is my normal approach to work.

That dynamic is, of course, part of the main narrative of productivity, which is the bedrock of our market-economy society. Shortly after returning to London, I listened to a podcast by John Swinton, called 'Becoming Friends of Time'. Swinton talks about how the advent of the second hand on the clock made time something measurable, and when measurable, commodifiable. 'Time was something you fit your day into rather than simply marking the different structures of the day', he says. The day became consciously limited by time, rather than a time full space, given by God. A God who is unlimited naturally is sovereign over an open and spacious time, but when time is god and in control, then daily life is constricted.

Taize was a place where the second hand did not exist, and time felt full and expansive again. One of the main things I was struck by in my time there was not knowing the time. There's a large bell tower, which rings on the hour so you know when it's time for prayer/breakfast/bible thought/prayer/lunch/cleaning/dinner/prayer. In between, the hour passes as it always does in daily life, however, you don't have the pressure to use it. Rather than time being used, or wasted, time is given and filled. And it is all the more full for doing less in it.

It was full of prayer and people. Having expansive time meant finding it easy to slow down and love people. John Swinton talks about how Jesus, in coming to earth, limited himself to the average human walking speed of 3 miles an hour, to love us and be with us. There are so many times where I feel I'm going too fast to sit and stay with a person. Even when I do physically my mind often trips ahead of itself to 'the next thing'. 'Love has a speed', Swinton says, and that speed is slow and generous. Not rushing in time with people meant conversations meandered from introductions to travel to social justice issues to hopes and dreams to zero waste.

Having expansive time also meant slowing down in prayer. The bedrock of the Taize day were the three sessions of prayer, which were mostly held as sung meditation. Near the beginning of the session was a period of silence, which we stayed in for about 7-8 minutes (apparently - but what are minutes when you don't have a watch/phone to keep the time?). Initially that silent space was so difficult to be in. My mind would wander, I'd get frustrated at myself for being unable to 'meditate well'... overall my mind was not a very peaceful place, and rather than meditating on God I'd be trying to muster my own force of will. But about three days in, I realised how silly that was. Not simply because self-focused effort is sort of antithetical to meditation, but also because I didn't only have those 7 minutes to meditate. I had all day, all time. Time slowed, not so that my mind could quicken and 'catch up', but so that I could learn to slow down with it.

Time didn't only seem to slow and expand, but go backwards. I felt in lots of ways that I had gone back to a past time, a child time. When seated in the prayer hall one day, I stopped singing and curled up and listened to the song around me. In the darkness of myself and surrounded by a chant of love I felt foetal, not so much entombed but en-wombed. That child-like-ness extended to being fed - which meant not having any real control over what I ate which is not something I felt initially comfortable with. But just as a silenced second hand meant letting go of control over each minute, so receiving food meant letting go of control over each nutrient and telling myself, 'even in this small thing, Lord, not my will but yours be done.' (and perhaps it is just me, but I often find it easier to trust God's will for the big uncontrollable things rather than the small every day things which I am so used to 'managing')

One day, Jacob and I took a walk to 'the source' - a wooded area that clears to reveal a pond (it is all very psalm 23, green pastures and still waters, particularly because you are meant to keep silence while there). We sat in a tree and wrote letters to our eighty-year-old selves. Writing to eighty year old me was another time-bending moment, which emphasised again what mattered at this time might not matter in sixty years (how my Tang China essay did, for instance), whilst other things were timeless. I was writing to myself, but in another sense I was writing to the God who is ancient of days and yet whose mercies are new every morning, a timeless God who already knows and loves and has made provision for my eighty year old self. We exchanged our letters after we'd finished and laughed in that silent space.

Coming back to London has made it slightly more difficult to remember and integrate those timeless days. But small changes have been good - taking proper lunch breaks instead of eating whilst reading another article, stopping work by dinner time, making reading God's word protected time in the morning, and not setting a fixed 'end time' when I meet friends. Sundays are days when I feel closest to that utter timelessness, and each Sabbath is a step closer to eternity, when time stretches out forever without end and is filled with the presence of God.
Posted by Miriam at 3:19 PM